What if a Medicaid recipient bought a whole life insurance policy and transferred ownership to a party with an insurable interest immediately, before any cash value has developed? This would satisfy the 5-year look back period because there was zero cash value at transfer time. Fast forward 3 years and maybe this same policy would have developed a $2,500 cash value (assuming it exceeds the exempted value amount to count as an asset). Is the Medicaid recipient still eligible for Medicaid coverage? Or does the 5-year look back follow the cash value of a policy for 5 years post transfer, in case it goes above the exemption? 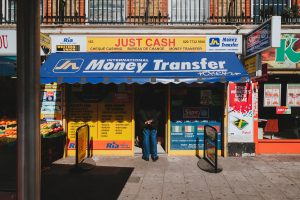 Photo by Alistair MacRobert on Unsplash

No, Medicaid does not track the value of property after it has been transferred, just at the point of transfer. So, a transfer of a life insurance policy with no cash value won’t cause a transfer penalty if it has no cash value, even though it would have to be reported on any Medicaid application made during the subsequent 5 years (the so-called “look back” period). It doesn’t matter whether the value of the policy has increased or decreased since its transfer. After all, the value of any property transferred may fall or rise with the market or other events over time.

That said, there appear to be some misunderstandings about timing issues in your question. First, you speak of a Medicaid recipient rather than a Medicaid applicant. If the individual is already receiving Medicaid, to be eligible for which she must have no more than $2,155 in most states (in 2021), how would she have money to buy the policy in the first place? The more likely scenario would be that someone owns or purchases a policy and subsequently applies for benefits.

Second, while the simple act of transferring a policy with no cash value will not cause a penalty, the combination of buying one and immediately transferring it may well be seen as a single transaction, causing a penalty based on the purchase price. It seems a little too neat to spend all of one’s money for a life insurance policy that is structured to have no cash value, transfer the policy away, and then ask the taxpayers to cover the cost of your care. The intake worker is likely to be suspicious about such a strategy.

Handling a Whole Life Insurance Policy When Applying for Medicaid

Will Transfer of Life Insurance Affect Mother’s Eligibility for Medicaid?