Does Prenuptial Agreement Trump Trust Created by My Father? 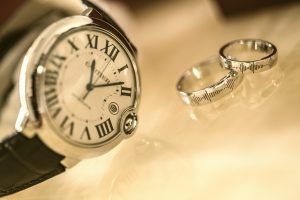 Photo by Thorn Yang on Unsplash

My father married after my mother passed when he was already retired. They have a prenup saying they will keep all belongings acquired before they married separate to be inherited by children from their first marriage and neither leaves the other anything, even splitting their community property at death. His trust reads:

“I hereby give devise and bequeath the following assets to *** and *** IN TRUST, AS Co-trustees. His home, his camp site, his account*** Trust held for benefit of *** and *** to continue until money is not able to support bills or *** dies or for whatever reason the balance of the corpus of trust is to be split among my children equally.Having confidence in the ability of my trustees to act in the best interest of my beneficiaries I empower them to manage the trust estate as I would if living.”

The wife refuses to let the other trustee or other 3 of his children, his beneficiaries, to go to my father’s home as she wants to stay in California 6 months of the year. Can she do that? Are his beneficiaries, his children she is instructed to act in best interest of, expected to have the right to go to his home? They have gone to the camp property for 40 years, long before he married her.

I am assuming your father has passed away and that the trust is now operative. I will also assume that the two elipses after “for the benefit of” are your father and his wife? If so, while either of them are alive, you and your siblings are not beneficiaries of the trust. It appears that one of you is a trustee and as such he or she has the right to enter the property for the purpose of making sure it is well-maintained. In fact, he or she may have a duty to do so. But no one has the legal right to use the property while your father’s wife is alive. This may or may not have been your father’s intention, but if I am correct in my assumption that the asterisks refer to your father and his wife, the trust is clear. It is solely for his wife’s benefit during her life. She can permit family members to use the property, but she is not obliged to do so.

The prenup does not alter this conclusion. It means that your father is not required to give his wife anything, but it does not bar him from doing so. However, what was his real intent? Did he understand the trust’s import when he signed it? Was he unduly influenced by his wife? Depending on your answers to these questions, you may be able to challenge the document itself. In that regard, the prenuptial agreement apparently represented your father’s thinking when he got remarried. He might have changed his thinking afterwards, but there might be some burden of proof on his wife to demonstrate that he had done so. Certainly, it sounds like she’s not being very gracious about the property, which might influence a judge or jury if it came to that.

In other words, the trust does not give your father’s children any rights to the property during his wife’s life, but perhaps there are grounds to challenge the trust. That depends on the circumstances of its creation.

Does My Father Need a New Trust If He Moves from Florida to New York?