How Can House of Woman in Nursing Home be Protected for Ex-Husband? 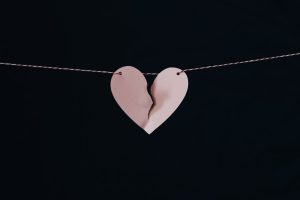 Photo by Kelly Sikkema on Unsplash

I have a friend who been divorced for more than 10 years. His ex-wife is now in a nursing home and her care is covered by Medicaid. My friend is living in her house and they would like to protect it. Is that possible?

First, as long as the wife is alive, she can keep the house and still get Medicaid benefits. Her ex-husband can live in it, but he’ll have to pay the taxes and maintenance costs since the ex-wife will have to pay her income to the nursing home as a contribution to her cost of care.

However, while the house is protected as long as the ex-wife is alive, it will be subject to Medicaid’s right to reimbursement of its expenses (“estate recovery”) upon her death. If the ex-wife is still legally competent and willing, she could execute a will giving the house to your friend. The house would still have to go through probate and be subject to estate recovery, but depending on your friend’s situation and the rules in his state, he may qualify for a hardship waiver.

If your friend already has an ownership interest, that could also be useful. But in most cases, when spouses divorce, their shared interest becomes a tenancy-in-common rather than a joint tenancy, so the ex-wife’s share would still be subject to estate recovery. However, there’s no bar (again if the ex-wife is legally competent) to changing a tenancy-in-common to a joint tenancy, which would avoid probate and, depending on the state’s rules, escape estate recovery. Both parties would have to sign the new deed.

As you can see, a lot depends on the actual circumstances and the specific state rules. I’d recommend that your friend consult with a local elder law attorney. He can find one at www.elderlawanswers.com.

(It’s easier to protect homes of married couples because Medicaid does not penalize transfers of property between spouses. So, another alternative might for the couple to get remarried and then transfer the home into the husband’s name. But, again, the ex-wife would have to be legally competent and want to take this step.)