How Can I Reduce Taxes on Variable Annuity Distributions?

By Harry Margolis
Posted February 25, 2022
In Retirement Plans
How Can I Reduce Taxes on Variable Annuity Distributions?2022-02-252022-02-25https://askharry.info/wp-content/uploads/2017/03/logo-harry-tagline.svgAsk Harryhttps://askharry.info/wp-content/uploads/2022/02/jackie-dilorenzo-rylsrzy9jia-unsplash-scaled.jpg200px200px
0 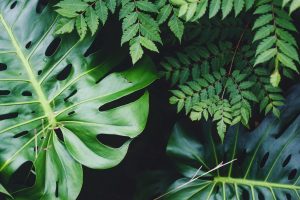 Photo by Jackie DiLorenzo on Unsplash

I own a variable annuity with large gains in the account. My understanding is that when I die my spouse can become the owner without incurring any income taxes due (no estate tax will be due since our estate is well under the estate tax threshold). However when my spouse dies then the beneficiaries (my daughters) will have to pay income tax on the entire gains in the annuity which will put them in the highest tax bracket. Is there any way to reduce the taxes that will be due?

I’m not an expert on variable annuities, so I asked an expert. Here’s the response I received from Sarah Newell of Longtide Financial Partners in Dedham, Massachusetts:

Most contracts do allow for spousal continuation but it really depends on the annuity carrier and whether or not they have a rider. For the kids, some carriers allow for a “non qualified stretch” which would allow them to minimize the taxes by stretching out distributions over time, but not all do that. We would need to know where the annuity is held and what product it is to know exactly what the options are.

In other words, it seems that the answer depends on the particular annuity. You’ll have to contact the insurance company or agent who sold you the policy.

A Primer on Annuities

That said, a few words on variable annuities: They are complicated. Traditional annuities are contracts with insurance companies where the annuitant pays in a fixed sum in exchange for certain payments over time, similar to a private pension. Those payments may be for a fixed period of time or for life, or may begin immediately or at a later date. For instance, you might buy an annuity for $100,000 that will pay you $1,000 a month for life beginning at age 65. This guarantees you that income whether you live to age 75, 85 or 95. Whether you or the insurance company “wins” depends on how long you live, but by purchasing the annuity you make it more likely that you don’t outlive your resources.

Variable annuities, rather than providing a fixed return, invest in a basket of securities, meaning that you’ll receive more if the market does well and less if it does poorly. Often they include some protection so you won’t lose too much if the market drops, but as a trade off you won’t receive quite as much if the market goes way up. For instance, you might be guaranteed 3% annual growth in your underlying investments. You also often have a number of options for withdrawing the funds, sometimes up to 10% per year, or you could convert it to a more traditional annuity with a guaranteed monthly or annual payment.

Payments, whether from traditional or variable annuities, include a return of the initial investment plus earnings. The earnings are taxed as regular income rather than as capital gains. The best way to reduces taxes on such earnings is try to have them payable to the individual with the lowest tax bracket. If you or your wife are in a lower tax bracket than you daughters, it may make sense for you to begin withdrawing the funds now during your lives. If your daughters are in a lower a tax bracket, then you may choose to leave them their inheritance in the form of the annuity to pay the taxes at their rate.

One question may be their options regarding the annuity. Must they take the annuity as a lump sum, which could push them into a higher tax bracket, or can they, like you, withdraw the funds over time. Again, as Ms. Newell suggests, you’ll need to consult with someone who can advise you on the specifics of your annuity.

Did Mother’s Assignment of All Property to her Trust Include her Annuity?