How Can We Protect Our House From Medicaid Estate Recovery? 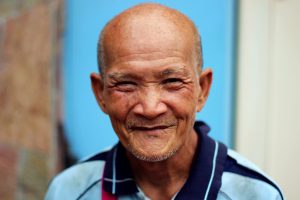 Photo by Amy Elting on Unsplash

My name and my dad’s name are on the deed to our house. He is going to a nursing home and will eventually go on Medicaid. Can they take the house from me? My name has been on the deed for over seven years. I’ve also been the caregiver to my dad and lived with him my entire life.

Probably not, but it could depend on your state and it may make sense for your father to transfer his interest in the house to you know if he is competent to do so. There are a few important questions that could affect the answer:

To make matters even a bit more murky, even if the house is subject to claim, depending on your income and the state’s rules, you may qualify for a hardship waiver.

If the house is subject to claim either because you own it as tenants in common or your state seeks recovery from non-probate property, you can protect it be having your father transfer his interest to you. Normally, such a transfer could cause your father to be ineligible for Medicaid benefits for up to five years. However, it sounds like you qualify for the so-called “caretaker child” exception to this transfer penalty. To qualify, you must have lived with your father for at least two years before he moved to a nursing home and during that time you must have provided him with sufficient care to keep him from having moved there earlier. What proof you will have to present will depend on your state’s Medicaid agency.

Now I’ll add a couple of more wrinkles. First, if your state does not have expanded estate recovery and you own the house as tenants in common you and your father can protect it by changing the deed to joint tenants with rights of survivorship. This would not be considered a transfer of assets because your father would still have one-half ownership and you would inherit the property completely at his death. However, this would not work if you’re thinking about selling the house during your father’s life because then half the proceeds would go to your father and have to be spent down on his care.

Whether you have plans to sell the house now or in the future could also affect your plans in another way. If the house is holding a lot of capital gain, for instance if your father purchased the house long ago for $100,000 and it would now sell for $600,000, you would have $500,000 of taxable capital gain on its sale. This would not be an issue if you and your father sold the house during your father’s life because you can each exclude $250,000 of gain. In addition, if you were to inherit the property upon your father’s death, and at that time he still owned half the property, it would receive a one-half step up in basis. So in our example, the basis would be adjusted to $350,000 upon his death. But if your father were to give you his one-half interest, this would not be the case. The basis would remain the same and upon its sale you would have to pay a tax on the full capital gain less the $250,000 you may exclude because it’s your personal residence.

As you can see, the answer to your question and the best strategy for protecting your house depends on a lot of factors. I recommend that you consult with a local elder law attorney. You can find one at www.ElderLawAnswers.com.