Should Retirement Account Investments be Liquidated Upon the Owner’s Death?

By Harry Margolis
Posted November 8, 2021
In Probate, Retirement Plans
Should Retirement Account Investments be Liquidated Upon the Owner’s Death?2021-11-082021-11-08https://askharry.info/wp-content/uploads/2017/03/logo-harry-tagline.svgAsk Harryhttps://askharry.info/wp-content/uploads/2021/11/mathieu-stern-1zo4o3z0uja-unsplash-1-scaled.jpg200px200px
2 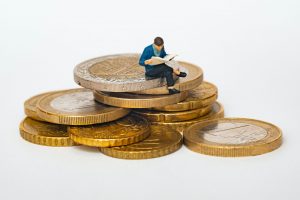 Retirement accounts after the death of the original owner should be treated differently from other investment assets for a number of reasons.

The situation where retirement accounts should be treated like other assets and the underlying investments liquidated quickly is when there is likely to be a delay in the ultimate beneficiary or trustee gaining control for whatever reason. Then, it’s wiser for the person or institution in control to avoid the risk of a market decline by turning the investments into cash. But in most cases when there’s a delay, the delay also means that no one is in control and able to take action regarding the investments.