What Happens to Tax Basis of Life Estate Upon Owner’s Death? 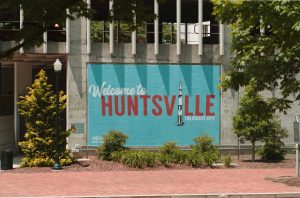 Photo by Alex Robinson on Unsplash

I just want to confirm my understanding: I had a life estate on my mother’s home (in Alabama) since she purchased the property in 2017. She has now passed, and the value of the property has increased. If I sell the property now, am I correct in thinking I will owe capital gains on the difference in the value, less sales fees? I have no intentions of residing in the property. Is there any benefit in not selling the property at this time?

Assuming this is correct, the property received a “step-up” in basis upon your mother’s death. So the gain would be the difference between your net selling price (what you receive after expenses, such as the broker’s fee) and the value when your mother died. The tax implications do not change over time except that if the property continues to increase in value, when you sell it you’ll have capital gains for that future growth.

An example should explain this better. Let’s assume your mother purchased the property for $150,000 and today it has a market value of $250,000. If your mother had sold it during her life, she would have realized $100,000 in gain (though since it was her home she wouldn’t have had to pay any tax because she could have excluded the first $250,000 of gain). When you inherited the house the basis was adjusted to the fair market value on your mother’s date of death. If that was $250,000 and sometime in the future you were to sell the house for $300,000 (after costs), you would realize $50,000 of taxable capital gain. (Of course, if in the meantime you moved into the house and occupied it as your home, you could exclude the first $250,000 of gain on the sale.)

Will House Deeded to Spouse Just Prior to Death Receive Step-up in Basis?

What Happens to My Life Estate Upon My Mother’s Death?