The Achilles heel of powers of attorney is that banks and other financial institutions sometimes refuse to honor them. A certain amount of caution on the part of financial institutions is understandable: When someone steps forward claiming to represent the account holder, the financial institution wants to verify that the attorney-in-fact indeed has the authority to act for the principal. (The person who creates the durable power of attorney is called the “principal.”) Still, some institutions go overboard, for example, requiring that the attorney-in-fact indemnify them against any loss or that the lawyer who drew up the document certify that it is still in effect, even though he may not have communicated with the client for years. 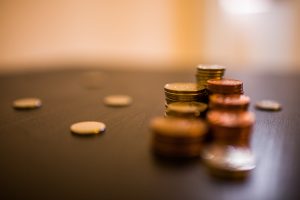 Others won’t honor older powers of attorney, but only ones executed within the past few years. This “staleness” doctrine is a bit perverse since clients are more likely to be competent and free from undue influence when they are young and healthy than when they become old and infirm. When the power of attorney becomes necessary, it’s often because the principal has become incapacitated.  A newer power of attorney, unlike an older one, may have been executed when the client has already begun to lose some of her earlier abilities and independence.

That said, it’s hard to “fight city hall.” You and your attorney-in-fact probably are not going to want to spend the time, money, and stress suing a financial institution to enforce a durable power of attorney. What are the alternatives?

For advance planning, many banks or other financial institutions have their own standard power of attorney forms. To avoid problems, ask the ones where you have accounts if they have such forms and execute them as well as a general durable power of attorney. If you have a joint checking account with your attorney-in-fact, he can at least pay your bills as the joint owner of the account rather than in his role as attorney-in-fact. Revocable or “living” trusts, can help avoid this sort of problem with powers of attorney either because you have a co-trustee who can step in immediately or a successor trustee. Our experience is that financial institutions are more comfortable with successor trustees than with powers of attorney. You can also execute a new power of attorney every few years to avoid the “staleness” doctrine.

If none of these alternatives are in place when your attorney-in-fact needs to act and the financial institution refuses to honor your power of attorney, she may have to go to court to get appointed guardian or conservator despite the fact that the principal reason for the power of attorney was to avoid having to take this cumbersome step.

Do You Need a Durable Power of Attorney If You Have a Revocable Trust with a Successor Trustee?

What Can a Family Member Do with Agent Under Durable Power of Attorney Won’t Share Info?