What Rights Does the Beneficiary of a Trust Have? 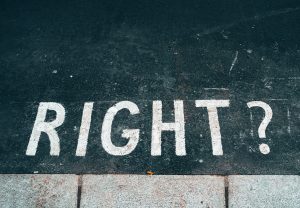 I have a family trust question that I’m wondering if you might be able to shed some light.  My sister’s husband, George, currently 73, is the beneficiary of a trust that was created for him by his parents years before their death.  Both parents are deceased and George’s brother, Robert, is the Trustee. George knows there is a trust but has no idea about the amount of the trust or the terms of the trust.   Small amounts of money seem to be distributed randomly at Robert’s whim.  When asked Robert refused to share any information with my sister or George.

What I’ve gleaned from  the internet (which I know is like going to WebMD for a serious medical issue) is that beneficiaries have:

All the families involved live in Texas.

Well, sometimes the internet gets it right. Those are exactly the rights George has under the Uniform Trust Code, which has been adopted by 31 states, though not Texas. But Texas didn’t adopt the UTC because it already had a similar statute in place when the UTC was drafted. Here’s a summary of beneficiary rights in Texas: https://thompsonlawtx.com/what-are-the-rights-of-a-trust-beneficiary-in-texas/

So, what can George do. First, he can point out his rights to George by sending him this post or the above link. Second, if that doesn’t work, he can engage a Texas attorney to write a formal letter outlining his rights. Third, if that still doesn’t get Robert to fulfill his duties as trustee, George can seek to have Robert removed and replaced as trustee. Unfortunately, this last step would require going to court, which could get costly. It may or may not be worth the cost, trouble and family stress depending on Robert’s conduct and the value of the assets in trust.

the difference between rights of vested beneficiaries and contingent beneficiaries: https://www.marketwatch.com/story/the-5-most-common-questions-about-trusts-11636563519

Who is Entitled to Trust Accounts?