What’s the Best Financial Plan to Remodel My House so My Dad Can Move In? 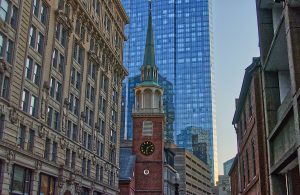 Photo by Pascal Bernardon on Unsplash

My dad who is 81 years old has been ill for the entire summer, I want to try to get him in a position to qualify for MassHealth in the future. He owns a condo that is in a life estate that was setup a year ago. Given that he currently needs assistance with daily living we would like to move him into our house. Ideally, we would like for my father to sell his condo and take the profit and then build an addition to our house. The project cost will be about $150k which includes a remodel of the primary bathroom to be handicapped accessible.

What are the options available for us to use that money to build the addition, but also allow my father to qualify for MassHealth in the future and protect us from having a lien applied. Some have said the transfer disqualifies him and we would need to pay the money back if he needed long term care within 5 years. Others mentioned we could give my father an interest in our home through joint tenancy with rights of survivorship. As I understand it, when he passes away his interest is extinguished. Also the house does not go through probate, so MassHealth isn’t able to place a lien. I’m not sure if this is a viable option or if there are other options available to us. He would like to live with us, but we are not in the position to move or accommodate him in our existing house without significant modifications. I have received conflicting information from reputable sources and I’m not sure how to proceed.

For other readers, MassHealth is what the Medicaid program is called in Massachusetts. Some other states also use their own names, such as MediCal in California and TennCare in Tennessee, but they’re all Medicaid.

What has been recommended to you does make sense. But you have been receiving conflicting advice both because it’s complicated and we can’t be totally clear about how things will work out in the future, primarily how long your father will be able to live with you and what support he’ll need.

The creation of the life estate in which your father gave you a remainder interest a year ago did cause a potential five-year penalty period of which four is remaining. This is relevant in part because you are already through a fifth of this lookback period, so you may not want to do anything to stop the clock from running. However, given some other concerns discussed below, including taxes on the sale of your father’s house, I believe the best option is for you to deed back your interest in the property to your father. That reverses the transfer and eliminates the transfer penalty. Then your father can sell his house and purchase an interest in your house.

There are unlikely to be significant taxes to your father on the sale of the house because your father can exclude $250,000 0f any gain realized on the sale of the home. And if your mother was a co-owner of the house when she passed away, it already received a partial step-up in basis. If you sold the house under its current ownership, the portion of the proceeds allocated to the remandermen on the life estate would be subject to a tax on the capital gain attributable to such proceeds and without the benefit of the $250,000 exclusion.

You could then use the funds he pays to do the necessary remodeling. There are a few issues here.

First, I don’t know the values of your father’s house or yours. If you’re married and your father becomes a joint owner, he should pay no more than one third of the fair market value of the property.

Second, you have a timing issue since you’ll probably have to get your house ready for your father before he sells his. I don’t know if you have the funds to pay for this or if your father can advance them to you. Perhaps, you could take out a home equity line to do the remodeling if necessary.

Third, as you’ve been told, you should own the house as joint tenants with right of survivorship in order to avoid MassHealth estate recovery. If you were to own it as tenants in common your father’s share would be in his probate estate and subject to estate recovery.

Fourth, you don’t say whether you have other siblings and whether any disagreement might arise if your father paid $150,000 for an interest in your house and then passed away or had to move to a nursing home without being able to take advantage of the renovations for very long.

There are other options that probably don’t make as much sense, but I’ll discuss them just in case:

As you can see, you’re on the right track. But I’d recommend consulting with a Massachusetts elder law attorney before implementing any plan. You can find one at www.elderlawanswers.com.

How Can We Protect Our House From Medicaid Estate Recovery?

For MassHealth, Will Home in Trust Become Non-countable if Sold?

Can Medicaid Take My Dad’s House?