What’s the Capital Gain on the Sale of House I Owned with my Mother? 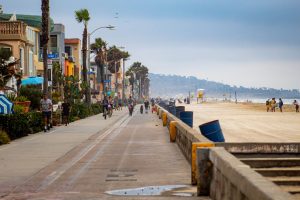 Photo by Sean Mullowney on Unsplash

I am in San Diego, California, and am looking to sell my primary residence that I’ve owned (as a joint tenant with the right to survivorship) with my mom. As I now own the property 100%, what is my capital gains tax exposure. Bought property at $320k and is currently valued at $850k.

I take it your mother has passed away. In that case, the capital gains depend in part on the value on her date of death. That’s because your mother owned half the property at that time and her share received a so-called “step up” in basis.

Capital gains are the difference between the proceeds of sale and the basis. The basis starts out as the purchase price, but it may be adjusted in a number of ways. In your case, one half was adjusted when your mother died to the value on her date of death.

Second, if your mother paid for the house but simply added your name to the deed to avoid probate, you would receive a 100% step-up in basis to the full value on her date of death rather than half the value. Then the only capital gain would be any increase in value since your mother’s death.

What Happens to Capital Gain when Joint Owner of Life Estate Dies?