In January 2019, I suffered a prolonged illness that required multiple surgeries, hospitalization, and stays at a nursing home. I own and reside in my home in West Virginia, the state wherein I qualified for Medicaid. I also own 98 percent of a home in Los Angeles (my brother owns the remaining two percent). It turns out that that shared ownership in the Los Angeles home allowed me to qualify for Medicaid in the first place (though my brother was required to declare an unwillingness to sell or part with his percentage). Is there any legal avenue by which, before the five-year Medicaid penalty period passes, I may sell the Los Angeles home and retain the proceeds? Would transferring that home first into an irrevocable trust or LLC, for instance, shield the proceeds from garnishment by Medicaid? 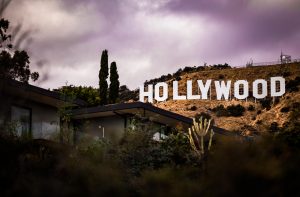 Photo by Martin Jernberg on Unsplash

There are two issues here: first, whether West Virginia might have a claim for reimbursement for its costs in paying for your care and, second, what happens if you were to need Medicaid coverage again in the future.

I take it that you are doing better and no longer need Medicaid coverage at this time. If that’s the case, then the question in terms of reimbursement is whether West Virginia put a lien on your share of the home in Los Angeles. West Virginia would have had a right to do so, but my guess is that it’s not equipped to do so out of state. If it did place a lien, you would have to reimburse the state for its expenses on your care in order to deliver clear title to the buyer of the house. But if it did not place the lien, you could sell the property and keep your share of the proceeds free and clear.

So far, this has nothing to do with the five-year penalty period to which you refer. That has to do with future eligibility for Medicaid. A transfer could cause up to five years of ineligibility for Medicaid after the transfer. Be aware that for the transfer to work for future Medicaid eligibility, you may not have access to the transferred funds. That may be okay with your house, if you don’t expect to need access to the equity—you would still be allowed to live in it. But what about the proceeds of the Los Angeles property—wouldn’t you want those for your living expenses?

As you can see, this is complicated stuff. I recommend that you consult with a West Virginia elder law attorney. You can find one at www.elderlawanswers.com. (Full disclosure: I own the site.)

Will Medicaid Estate Recovery Go After My House and Retirement Benefits?

Can I Sell My House Despite Medicaid Estate Recovery?