Are Trust Distributions on Behalf of a Medicaid Beneficiary Taxable Income? 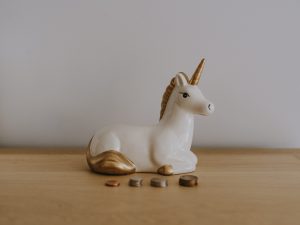 Photo by Annie Spratt on Unsplash

I understand that trust distributions are not generally income for Medicaid purposes when paid to a provider of services rather than directly to the beneficiary (and presumably would not increase that beneficiary’s patient paid amount), but does this mean the trust must pay taxes at the trust level of any trust income so paid out (rather than being allocated to a distribution deduction that would then appear in the beneficiary‘s own taxable income)?

To clarify this answer, an individual in a nursing home who is covered by Medicaid must contribute virtually all their income (with some possible deductions for family members) to their cost of care. If they are a beneficiary of a trust that’s not a countable asset, typically a trust created by someone other than the individual or their spouse, distributions to the individual will be treated as income by Medicaid and must be paid to the nursing home. However, as you say, payments on the individuals behalf rather than direct distributions will not be treated as income by Medicaid and there’s no requirement that an equal amount be paid to the nursing home.

Someone, however, must pay taxes on the income earned by the trust — interest, dividends and capital gains. If the trust retains the income, then it pays the taxes. However, to the extent the trust makes distributions to beneficiaries, the income passes through to them. So, for instance, let’s say a trust earns $5,000 in a calendar year in interest and dividends and makes distributions on behalf of a beneficiary in the amount of $10,000 during the same calendar year. The first $5,000 will be considered income and the second $5,000 a distribution of principle. The trust would report the $5,000 of income on its 1041 tax return as a well as a deduction in the full amount (unless there were other deductions already for trust expenses) for the distribution on the beneficiary’s behalf. Even though the beneficiary did not receive the funds outright, for tax purposes they will be considered to be the recipient. The trust would issue a k-1 to the beneficiary in the amount of $5,000 and the beneficiary would report that amount on their income tax return.

What Happens to Proceeds When Condo is Sold on Behalf of My Stepfather in a Nursing Home?