Can We Name Our Out-of-State Friends as Guardians of our Children?

By Harry Margolis
Posted June 20, 2022
In Guardianship and Conservatorship, Wills
Can We Name Our Out-of-State Friends as Guardians of our Children?2022-06-202022-06-20https://askharry.info/wp-content/uploads/2017/03/logo-harry-tagline.svgAsk Harryhttps://askharry.info/wp-content/uploads/2022/06/carol-kennedy-p2e1wowf3oe-unsplash-scaled.jpg200px200px
0 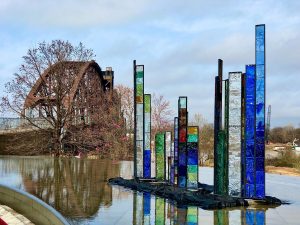 Photo by Carol Kennedy on Unsplash

My wife and I want to make a living will to appoint our married couple friends as guardians of our minor children in the event that both of us pass away. We live in Arkansas and our friends live in Alabama. Is there any law that prohibits us from appointing them as guardians upon our death since they are out of state?

I don’t know about Arkansas law in particular, but in general you can appoint anyone you choose to be guardian of your children. But to be clear, whoever you appoint is simply a nomination. The appointment is made by the local courts. State laws may differ a bit in how strictly they follow the parents’ nomination, but in general they’ll honor the parents’ wishes absent a strong showing that the person or people appointed are unqualified.

If the appointment is challenged, the fact that the individuals are out-of-state may be used as an argument with the court against the appointment. However, again, courts are likely to assume that the parents took this into consideration in making the nomination.

The potentially complicated factor in terms of out-of-state guardianship has to do with process. Assuming your children would move to Alabama where your friends live, it’s likely they would have to be appointed first in Arkansas and subsequently in Alabama, requiring two separate court procedures. Nevertheless, I wouldn’t worry too much about this since circumstances can change over time — you or your friends might move, the law or its application might change.

The final issue has to do with terms. You refer to a “living will.” That terminology is usually used for documents used for end of life decision making — whether or not to “pull the plug.” You would nominate guardians for your children your “will” or “last will and testament.” You might also want to create a trust for your children, whether as part of your will or as a separate document, to provide for management of any property you leave for your children until they’re old enough manage it themselves. The trustee or trustees can be the same people as the guardians or different people.

What Should I Consider in Choosing a Guardian for My Minor Children?