Can Assets be Protected after a Criminal Conviction?

My friend (Mark) is the joint owner of a vacant land lot with his father. Mark was recently given a state prison term for life. Mark was convicted because he could not afford an attorney and so he was very poorly represented. He is appealing his case though and has fair prospects for a new trial. Meantime, he has no income and he and his father find the lot ownership to be burdensome in property tax costs. They want to sell the lot now and preserve the sale profit to pay for a new attorney for Mark and an investigator when Mark’s appeal is successful and he gets a new trial. The sale profit will be over $60K. If he does not win his initial appeal, Mark would then need to use this money to sustain himself for the duration of his prison sentence. Mark wants to know if there is any means by which he can shelter the money from the lot sale so that if he wins his appeal and his case is publicized, no one will be able to sue him civilly and grab the money. Mark wants to know if he can set up a trust, a business, or special account now to put the sale money in so that when they sell the lot, no creditor can touch the money.  He sees this sale money as his only means to regain his freedom. He has heard “offshore account” or “land trust” tossed around and wonders if he can do either or is there something else out there he should look at? 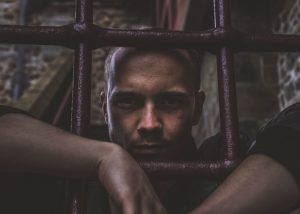 Photo by Benjamin Ranger on Unsplash

You describe an unusual circumstance, but in effect, it is no different from any other asset protection case. The fact that Mark and his father own the property jointly offers an avenue for protection. This is because the rules are very different for protection of your own funds and those of someone else. It’s much easier for Mark’s father to protect his half of the proceeds for Mark than for Mark to protect his own half. So, here’s what I would recommend:

When the lot sells, Mark and his father should split the proceeds between them in accordance with their ownership. Mark’s father should then transfer his half of the proceeds into a so-called “third-party spendthrift” trust for Mark’s benefit. This trust will be protected from Mark’s creditors because he won’t contribute any of his own money to it, which is why it’s referred to as a “third-party”, as opposed to a “self-settled” trust.

Mark should not take any steps to protect his half of the proceeds because they’re harder to protect and they’ll undoubtedly be spent down on legal fees. The offshore trust you describe is very expensive to create and is a device used by very rich people. It’s now possible to create so-called “domestic” asset protection trusts in some states, but that’s also expensive, just not as expensive as offshore trusts. You cannot use asset protection trusts to protect your funds from current creditors. It sounds like no one has sued Mark at this point, but if anyone brings a claim in the future, they might still try to “pierce” the trust, arguing that their lawsuits were anticipated.

So I’d take steps to protect Mark’s father’s share of the sale proceeds and plan to use Mark’s half on his appeal.

How Can I Protect My Property if I Lose a Lawsuit?

How Can My Father Protect Family Property from Nursing Home Costs?

Asset Protection and Self-Settled Trusts: Having Your Cake and Eating it Too