How Should Property be Distributed When Dad Moves to Assisted Living?

By Harry Margolis
Posted January 9, 2023
In Long-Term Care Planning, Probate
How Should Property be Distributed When Dad Moves to Assisted Living?2023-01-092023-01-09https://askharry.info/wp-content/uploads/2017/03/logo-harry-tagline.svgAsk Harryhttps://askharry.info/wp-content/uploads/2023/01/ismael-paramo-cns0h4yprya-unsplash-scaled.jpg200px200px
0 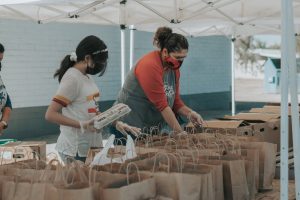 Photo by Ismael Paramo on Unsplash

I just read a story about Mary Jane’s estate which was divided among four siblings.  Our family also has four siblings. The difference is that our father is still living but has to move to assisted living now, so we will be distributing the property in his house that he will not need now rather than when  he passes away. Three out of four of us have already staked claims to the items they want. There is some overlap. Plus there is some inequity to the list in terms of the fair market value of some items and some of the siblings have expressed an interest in claiming some items for their children. (Grandchildren range in age from 31 to 8. Plus, there is one great grandchild.) How can I help my siblings to understand the importance of a fair agreed upon process? My brother has already said he is coming in two weeks with a U-haul. No inventory or appraisal has taken place.

Your situation is very similar to an estate distribution even though your father is still alive. The difference, of course, is all the property still belongs to your father and he can decide what he wants to do with it. However, in situations like yours, parents might opt out of the process either because due to cognitive decline they can no longer make decisions or they don’t want to be put in the middle of potential disputes among their children.

It sounds like your brother is jumping the gun. Nothing should be removed until the family has agreed on a method for distributing the tangible assets.Usually this does not have to be as complicated as in the Next Avenue article which you mention, “A Clever Way to Divvy Up Items After a Parent’s Death“. Usually children take turns claiming items, often with the order of choice changing at each round — so whoever goes first in the first round, goes fourth in the second round, third in the third round, gradually working their way back up to first. Also, usually grandchildren (and in-laws) are not given a right to choose for themselves, instead communication happening within families. The siblings each represent their families when they take turns making choices. On the other hand, if all the participating siblings agreed, they could give grandchildren and in-laws picks as well. But this can get complicated when each have different numbers of children, some or married and some are not, or some spouses are interested in participating and others aren’t.

Perhaps if it fits your brother’s schedule to come visit in two weeks, he can assist you in making an inventory of the the items, taking pictures of them and deciding which, if any, items should be appraised. This can then be shared with everyone who can then either come together, whether in person or by video conference, to take turns making the picks, or perhaps it could be done on a shared spreadsheet.

Finally, there’s the issue of unequal values of the items to be selected. My guess is there may be just a few items significant value that need to be appraised, or at least that’s the case in most estates. Depending on the number and values, this can be handled in a number of ways. When the parents of a good friend of ours died, their estate included one valuable painting. None of the children could afford to or wanted to buy out their siblings, so they sold it at auction (I forget whether it was Sotheby’s or Christie’s), and then split the proceeds. In other words, the tangible property was turned into cash which is much easier to divide evenly.

Where there a several items of significant value, they might be distributed relatively equally or, at least, all the siblings can have an equal opportunity to choose them. However, it’s also possible that due to the circumstances of the siblings, how the items are distributed may be unequal in a way that doesn’t feel fair. For instance, one sibling may be downsizing and unable to absorb any new furniture or artwork, while another may have just purchased a second home that they need to furnish. There are a number of possible ways to handle such discrepancies, including:

The bottom line is that you and your siblings need to agree on a methodology and it’s unlikely that that will happen and be carried out in time for your brother to come and remove property in two weeks.

What’s the Best Method to Distribute Tangible Personal Property in an Estate?

Can We Keep the House in the Family if My Mother Moves to Assisted Living?

What’s the Best Financial Plan to Remodel My House so My Dad Can Move In?