Can I Create a Third-Party Special Needs Trust for My Son If I’m His Guardian?

By Harry Margolis
Posted January 13, 2023
In Guardianship and Conservatorship, Special Needs Planning
Can I Create a Third-Party Special Needs Trust for My Son If I’m His Guardian?2023-01-132023-01-13https://askharry.info/wp-content/uploads/2017/03/logo-harry-tagline.svgAsk Harryhttps://askharry.info/wp-content/uploads/2023/01/kaffeebart-krpulsduetk-unsplash-scaled.jpg200px200px
0 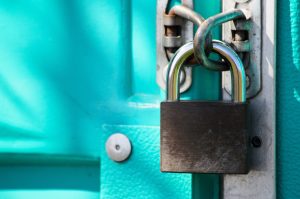 Photo by Kaffeebart on Unsplash

I would like to set up a Special Needs Trust for my 63-year-old son with autism. I have also been appointed as his guardian. Question 1: Does the guardianship interfere with the establishment of this contemplated third-party SNT? Question 2: Is it necessary to name MassHealth as remainderman of this third-party trust upon my son’s death?

No and no. The guardianship is totally separate from the special needs trust as long as you fund it with your own money, not your son’s. And there’s no repayment requirement for a third-party trust. That would just be required if the trust were funded with the son’s own money, in which case you would have to create a (d)(4)(A) or “payback” trust. And, in the latter case, you would have to make sure to create and fund the trust before your son reached age 65.

These answers to your questions derive from two different sets of legal rules or concepts. The first is that you can serve in more than one role at the same time. You are both your son’s mother and his guardian. As his mother, you can create a third-party trust for your son. As his guardian, you step into your son’s role and, in effect, act as his alter ego. In Massachusetts, you cannot, in fact, create a trust on your son’s behalf as his guardian, in which role you can make health care and personal decisions on his behalf. You would have to be appointed conservator to manage his finances.

The second legal issue is how trusts are treated when applying for MassHealth (Medicaid in Massachusetts) or other public benefits. The rules are completely different depending on the source of the funds. If the trust is created and funded by someone other than the person seeking coverage, a so-called “third-party” trust, the rules are relatively liberal. As long as distributions are discretionary, the trust funds will not be counted in any eligibility determination. The rules are much more stringent for so-called “self-settled” trusts, those funded with the applicants own assets. The funds in such trusts are considered available to the person seeking public benefits to the extent the trustee has the ability to make distributions to them or on their behalf. There is, however, a safe harbor under 42 U.S. Code § 1396p(d)(4)(A) which exempts trusts created with an applicant’s own funds before age 65 as long as the trust includes the payback provision to which you refer, that any funds remaining in trust at the beneficiary’s death reimburse the state for its Medicaid payments made on the beneficiary’s behalf during their life.