A client is a resident of Florida – spends more than 6 months a year there, has a Florida driver’s license and a home in Florida. She also has a property in Maine. While in Maine for the summer, she gets ill and is unable to return to Florida until she gets better. If, while ill in Maine, and she’s been there for more than 6 months, she passes away, would Maine, for estate tax purposes, consider her a resident? 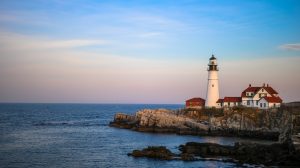 Photo by Mercedes Mehling on Unsplash

Unlikely. You can always change your residence by moving to another state and expressing your intent to reside there. But that’s not what happened here. She lived in Florida and happened to fall ill in Maine. Based on what you say, she never established a new residence in Maine.

We had a case in our office where the heirs successfully established that their mother had left Massachusetts even though she had only been in New Hampshire for a few months before she died. She had bought a new residence in New Hampshire and hired caregivers there. And she had put her Massachusetts property on the market, though hadn’t sold it at the time of her death. These were sufficient to convince the Massachusetts tax authorities that she was no longer a Massachusetts resident at her death.

This, in effect, is the opposite of your case. It sounds like your client took no steps to establish Maine residence or abandon her Florida residence. However, as a caveat, I am discussing general principals and haven’t looked at any Maine statutes or cases.

How does MA Enforce it’s Tax on Real Estate in Estate of FL Decedent?