We are in the process of transferring our dad from a nursing home in Connecticut to Ohio. He is on Medicaid. We understand that Medicaid does not transfer from one state to another, so we will reapply in Ohio. The nursing home in Ohio is asking us to pay up front for one month while his application is pending. We are not comfortable with this arrangement, nor can we afford it. Importantly, our mom is a community spouse and so she receives his Social Security benefits. The Ohio nursing home tells us that we can’t apply for Medicaid in Ohio until his Connecticut case is closed, which could take up to a month. Is it legal to ask someone on Medicaid to pay privately? 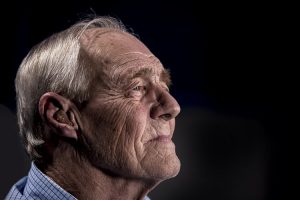 Photo by JD Mason on Unsplash

You are right that the Connecticut and Ohio Medicaid programs are separate. This is because each state runs its own Medicaid program even though they all must fall under federal guidelines and the federal government provides reimbursement for at least half of the Medicaid expenditures.

As you suggest, it is not legal for a nursing home to charge a Medicaid-covered resident privately. However, in your father’s case, he is Medicaid-covered in Connecticut and not in Ohio. And he can’t apply for Ohio Medicaid until he moves there and becomes an Ohio resident. The nursing home is fully within its right to require private payment for the first month, since as far as Ohio law is concerned, your father will not be Medicaid-covered when he arrives.

Further, the nursing home is being rather generous and taking on some risk in only requiring a month of payment. It can’t be sure that a glitch won’t develop that delays your father’s eligibility for benefits in Ohio for more than a month. On the other hand, you may be able to get the Ohio facility to agree to reimburse you if you can get Medicaid coverage in Ohio dating back to the date he arrives. Presumably he will be eligible as of that date, but it may take several months to get approval.

An Ohio elder law attorney may be able to facilitate this process, make it more likely to get coverage as of the date of the transfer, and avoid any unfortunate delays in achieving Ohio Medicaid coverage for your father. You can find one at www.elderlawanswers.com.

What Will an Institutional Trustee Charge for Closing our Trust?