Can Trustee Sell House in Which the Beneficiary is Living?

By Harry Margolis
Posted October 1, 2021
In Irrevocable Trusts
Can Trustee Sell House in Which the Beneficiary is Living?2021-10-012021-10-01https://askharry.info/wp-content/uploads/2017/03/logo-harry-tagline.svgAsk Harryhttps://askharry.info/wp-content/uploads/2021/10/michael-d-beckwith-s06rb-upmvi-unsplash-scaled.jpg200px200px
0 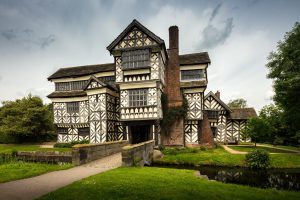 The original trust gave me total discretion as to how much to distribute from the trusts. It includes language to the effect that I should take into consideration my brother’s resources outside the trust when making decisions as to the amount of distributions and my parents’ desire to assure that he be maintained, to the greatest extent possible, in an independent environment. The settlement agreement dictates that the trustee at a minimum distributes 3% of the aggregate value of the trust each year but that he pay for his living expenses, transportation, housing expenses, medical expenses, etc. from the distributions or other resources he has. It also allowed for the sale of my parents’ home which he was living in, but I decided that he could stay there since he claimed he could not afford to move. Now 8 years later it is my desire to sell the home because of continuing demands that I pay for improvements that he and his wife want. Mind you, they both live there rent free. I just want to be done with the hassle of dealing with them at this point. I believe I would be on firm ground in selling the house and he would have to be responsible for his own housing expenses as was stipulated in the settlement agreement.

A non-judicial settlement pursuant made pursuant to state law does supersede the original terms of the trust. This may seem counterintuitive since an irrevocable trust should be just that — irrevocable. But most states have now adopted the Uniform Trust Code which does permit the modification of irrevocable trusts as long as all the parties — trustee and beneficiaries — are in agreement. So, if you and your brother along with any potential remainder beneficiaries were given notice and signed the settlement agreement, it may well have modified the terms of the original trust.

In terms of selling the house, you do have the right to do so as trustee. But it could be messy. You very well may have to bring an eviction action against your brother and his wife. You have a number of duties which, while not necessarily in conflict, are in competition. You have a duty to manage and preserve the trust property in a reasonable way which very well could mean selling the house. You also have a duty to manage such property for the benefit of your brother (and potentially other beneficiaries). This might argue for keeping the property and even making certain improvements. What these competing obligations mean in terms of whether or not to sell the house is hard to say in the abstract.

Finally, even though you can’t be forced out as trustee, you might want to consider resigning and appointing a professional, disinterested trustee. It sounds like this role may well be more trouble than it’s worth. A professional trustee may be more dispassionate in terms of dealing with your brother and his wife.

How Can We Change a Flawed Trust?