Creating a Private Foundation or Using a Donor Advised Fund 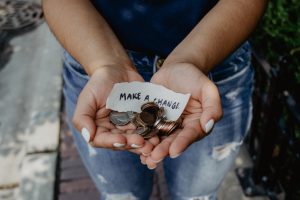 Photo by Kat Yukawa on Unsplash

If you’re like me, your charitable giving is somewhat haphazard. It depends on what cause plucks at your heartstrings on a particular day, who is asking for a donation, and whether or not you happen to be feeling flush or strapped when the request comes in. You may prefer to get control over this process by budgeting a certain amount each year for charitable donations and then deciding a few times during the year how to spend those funds. A private foundation or donor-advised fund can help with that process.

Why You Might Use a Private Foundation or Donor-Advised Fund

Here are some other reasons you may want to use one of these planning tools:

All of these goals can be facilitated through the use of either a private foundation or a donor-advised fund.

The Difference Between the Two

A private foundation involves obtaining IRS approval, many formalities, and annual returns filed with the IRS. If you are not planning to set aside at least $500,000 for this purpose, it’s probably not worth the cost and effort, given that there’s a good alternative. If, however, you are interested in pursuing the creation of a private foundation, we recommend consulting with a tax or estate planning attorney with experience in this field.

Donor-advised funds permit you to set aside money now, take a current charitable deduction, and decide later which charities will receive distributions. They are created and managed by local community foundations, such as The Boston Foundation, and large investment companies, such as Fidelity, Charles Schwab, and Vanguard. These funds can be created as easily as setting up an investment account and distributions can be made by entering the necessary information online. Family members can be made part of the decision-making process. Costs are relatively low, 0.6% a year, for example, for the Fidelity Charitable fund. Taxpayers can contribute during their higher income and tax rate years and make distributions later or budget a certain amount each year for charitable contributions, deciding at the end of the year which charities to support. They can do this with smaller or larger amounts, all without the administrative burdens and costs of creating a private foundation. Donor advised funds can also provide guidance to donors on which charities to support. This is especially the case for community-based foundations if donors wish to support non-profits in their own cities and states.

While donor-advised funds make a lot of sense for taxpayers, some have questioned their benefit for charities since all of the money sitting in these funds, more than $110 billion by last count, is money that did not go to charities despite the grantors having received a tax deduction. (At a cost of 0.6% a year, the foundations and investment companies holding and investing these funds, are earning in excess of $600 million a year.)  In 2017, for example, donors contributed $29 billion to donor-advised funds while those same funds gave only $19 billion to charities. The question, which may be impossible to answer, is whether these same donors would have given more or less than $19 billion absent the ability to use donor-advised funds.

The Benefits of Making Charitable Gifts and Bequests from Your IRA

How General or Specific Should You Make Your Bequest to Charity?