Who is the Successor Trustee? 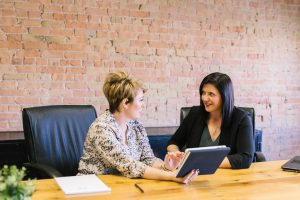 Photo by Amy Hirschi on Unsplash

The following statement regarding the appointment of successor trustees from a trust has led to some confusion:

The initial Trustee is John W., then Edna L., then Susan K. shall serve as co-Trustees and or separate Trustees as they may so desire.

The initial Trustee is deceased. The Attorney for Edna L. advised her that she is the first Trustee. What is Susan’s position? Is she a co-Trustee or Second Trustee? Thank you for your response.

Unfortunately, that language is contradictory. Edna’s attorney is focusing on the language that says “then Edna L., then Susan K.” But the following language that they “shall serve as co-Trustees and or separate Trustees as they may so desire” would argue that the grantor wanted them to be able to serve as co-trustees and that the decision should be mutual. Unfortunately, this language is even more confused by the introduction of the concept of “separate Trustees,” which is a novel one. Trustees have to act together.

Given the ambiguity, the best result would be for Edna and Susan to come to agreement on how to proceed. If they can’t, they can ask a court to decide. However, my guess is that the court would come down on the side of Edna’s attorney, reading the last part as saying that Edna and Susan can serve as co-trustees if they both so desire. If either of them doesn’t want to serve with the other, then they will serve in succession, Edna first and Susan second.

How Can We Change a Flawed Trust?