What Should I Do with My Uncle’s Income So He Can Be Eligible for Medicaid?

I am POA (Power of Attorney) for my 91-year-old uncle. For the past 2.5 years, he has been enrolled with MassHealth PACE. He receives about $1,300 a month combined from Social Security and the VA which is directly deposited into his checking account. Until July 2019, he lived in an assisted living facility. I wrote a check from his account to pay his rent. He was allowed to keep $80 a month for personal use. He was transferred to a long-term nursing facility in July and his lease with the assisted living facility was terminated. I contacted the nursing home to find out who I need to send payments to from the income he receives, but have never received a response. So the money has been accumulating in his checking account since July and is almost $7,000.

The nonprofit that sponsors the PACE program is now applying to MassHealth to re-certify his eligibility for the program. I had to provide several months of the most recent bank statements and was told that he shouldn’t have over $2,300 in the account, so I should spend down the excess. He already has a funeral and burial contract so I can’t spend down for that. I withdrew the excess money so his account is less than $2,000 but I know that his income should be going to either the nursing home or directly to MassHealth. Any ideas regarding what I should be doing now? 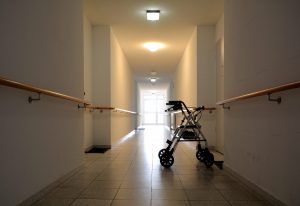 Now that your uncle has moved to a nursing home, he probably is limited to $2,000 per month, not $2,300. He also may not transfer assets. You don’t say what you did with the money that you removed from your uncle’s account, but unless you can show you used the money for your uncle’s benefit, the transfer will cause a short period of ineligibility for MassHealth—less than a month, given the amount transferred. You can “cure” the transfer and avoid the penalty by transferring the money back into your uncle’s account. After you do so, it probably makes sense to pay the funds directly to the nursing home. My only question about this is whether PACE has rules different from the MassHealth (Massachusetts Medicaid) ones.

If so, there might be another option, but the timing could be problematic. There’s no penalty for transferring the money to a so-called (d)(4)(C) pooled trust. The principal qualifying pooled trust in Massachusetts is the PLAN of Massachusetts and Rhode Island. You could transfer the money back into your uncle’s account to cure the transfer and then from his account to the PLAN. But the timing issue is that MassHealth may deem your uncle to have had the money all along and delay eligibility until he’s incurred an equal amount of medical or nursing home expenses. That said, they can be a bit unpredictable and the PACE rules may be a bit different. In the worst case scenario, you can always have the trust pay off anything he owes to the nursing home. So, it may be worth a try, but also may not be worth the trouble, given the relatively small amount involved.

Spending Down for Medicaid Eligibility

How Do I Handle Money Available to a Medicaid Beneficiary?