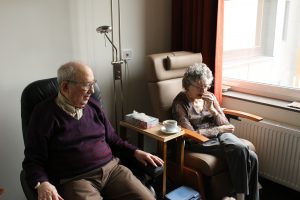 Photo by Elien Dumon on Unsplash

As explained here, in order to be eligible for Medicaid coverage, in most states nursing home residents are limited to $2,155 in “countable” assets and if they’re married, their spouses are limited to between $26,076 and $130,380 (in 2021). For those who are already in a nursing home or foresee a future placement, it’s possible to preserve the value of some savings and investments through appropriate spending, often on noncountable assets. Here’s an example of how this might work:

After her husband, George, moved to a nursing home, Alice comes with her daughter, Joyce, to consult with an elder law attorney. Alice had been caring for George for years at home as his Alzheimer’s disease progressed. Eventually, she had to be hospitalized for minor surgery, and Joyce and her two siblings were able to convince Alice that it was time for George to move to a nursing home.

Alice and her daughter provide the attorney with the following financial information: Alice and her husband own their home, which has a fair market value of approximately $400,000 and an outstanding home equity loan of $25,000. They have $200,000 in savings and investments. George receives $1,500 a month in Social Security benefits and an additional pension of $500. Alice receives $750 a month from Social Security. The nursing home charges $12,000 a month.

The attorney advises Alice and her daughter that in their state Alice can keep half of the couple’s combined savings – $100,000 – and George can keep $2,155, for a combined total of $102,155. They have to spend down $98,000 before Medicaid begins to pick up the tab for George’s nursing home care. He advises them that any spending is allowed – even encouraging Alice to take a much-needed vacation – but that giving away assets would be penalized by one month of ineligibility for every $8,000 transferred.

After much discussion (and overcoming Alice’s aversion to spending large sums), Alice, Joyce and the attorney come up with the following plan to spend down $98,000:

With this plan, Alice is able to preserve the bulk of the couple’s savings by spending it in ways that preserve its value for her.

How Can I Protect My IRA from a Medicaid Spend Down if I Go to a Nursing Home?