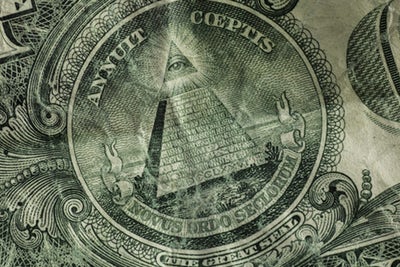 Photo by Thought Catalog on Unsplash

Up until the last century, the federal estate tax was imposed during wartime to raise funds for the military and disbanded when peace came. The first tax on inheritances was enacted in 1797 as part of the Stamp Act needed to raise funds for an undeclared war with France. It imposed duties on various papers and licenses, including licenses to practice law and receipts for inheritances. It was repealed in 1802 after the United States and France signed a peace treaty.

The next inheritance tax was enacted in 1898 to finance the Spanish American War. It taxed estates worth more than $10,000 at rates ranging from .74% to 15%. It was repealed in 1902. This tax came into existence during the Progressive Era and was in part motivated by a wish to prevent dynastic accumulations of wealth from passing from generation to generation. This goal has continued to influence debate on the estate tax.

An early form of our current estate tax was enacted a century ago in 1916 as the United States prepared to enter World War I. It taxed estates over $50,000 (about $1 million in today’s dollars) at rates between 2% and 10%, the highest rate kicking in at $5 million (about $100 million in today’s dollars). Congress quickly increased the rates in an effort to raise more funds, the top rate reaching 25%.

Since then rates and exemption amounts have gone up and down depending on the need for revenue and the politics of using the tax as a wealth-leveling tool. The estate tax has never been a huge part of federal revenue, reaching a peak of 3.49% in 1922. Interestingly, given its history as a method of raising money during wartime, the most recent pullback of the estate tax during George W. Bush’s presidency took place during the Afghanistan and Iraq wars. Trump, with the cooperation of Congress, raised it to $11.2 million, $22.4 million for married couples. As of 2021, it’s at $11.7 million.

Here’s a history of the estate tax exemptions and rates.

Inflation-adjusted, the current estate tax threshold is by far the highest it has ever been since 1916. The 1916 threshold of $50,000 would be about $1 million in today’s dollars, less than a tenth of the current threshold of $11.7 million. The amount went up and down over the years, reaching a high of about $1.4 million in 1930 and a low of about $366,000 in inflation-adjusted dollars in 1970. The $600,000 figure set in 1987 was a bit higher than $1 million in today’s dollars and the figure stayed in that range until the increases that began in 2002 as a compromise of President Bush’s efforts to repeal the tax completely.

How are Trusts Taxed?