Are Separate Trusts or a Joint Trust Better for Protecting Spousal Assets? 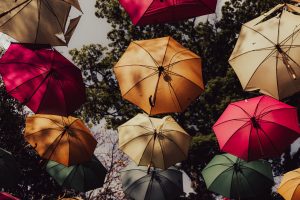 Photo by Lucas Santos on Unsplash

I read your article on family protection trusts and have several questions regarding such. When creating a revocable trust for my wife and I, I was told by an attorney in my state (North Carolina) that there can be two separate trusts or a joint revocable trust. Why would one create separate trusts if a joint one can be used? I don’t want to have unnecessary administration of the trusts in the future if I can avoid it.

Our estate is a little under $3 million and I know that there is no estate tax issues now but should the trust(s) have tax provisions incorporated in the event that Congress lowers the estate tax exemption in the future?

Also, in creating the trust(s) we want the surviving spouse to have access to income and principal as long as he or she is competent but want to prevent the situation where a surviving spouse remarries or takes up with a predator who has designs on stealing assets. We have already seen this happen in our own families where my wife’s grandfather remarried, and his children were disinherited when the new wife got everything after the grandfather died. The same thing happened to my brother whose wife died, he remarried, and the new wife stole everything and then filed for divorce. He ended up declaring bankruptcy. We are on good terms with our two daughters and were thinking that one solution may be to make our daughters co-trustees or trust protectors or independent trustee so they could step in and stop such a situation. Any thoughts on how we can meet or protection goals?

Lastly, we want our assets to go to our two daughters and then to our grandchildren but when reading your article on family protection trusts where the beneficiary is also the trustee, I can foresee a future problem where a daughter’s spouse pressures her to buy the big boat, the Mercedes, the vacation house etc. and that creates tension and problems in the marriage. So, we were thinking to make each daughter the trustee of their sibling’s trust with the trustee distributing income each year and also the discretion to distribute principal for health, education, maintenance, for themselves or grandchildren etc. Both daughters are very close and friendly, but I don’t want to create a situation where it causes tensions between them. In your experience what have been the pros and cons in setting up such a plan and any suggestions to ensure family harmony but still keep our estate in our bloodline? I wish I was in Massachusetts so I could hire you.

Lots of good questions. Let’s take them one by one:

First, a joint trust or separate trusts. A joint trust is certainly simpler to administer. It can, however, get a bit more complex when designed for estate tax planning. But that’s unlikely to be an issue for you. While there’s a very small chance the federal government will reduce the estate tax threshold, I see no risk that Congress will get rid of portability, which allows the surviving spouse to inherit the unused estate tax threshold of the first spouse to die. It’s incredibly unlikely that a $3 million estate of a married couple will ever be subject to federal estate tax in the future.

Turning to protecting assets after the first of you has passed away, on the other hand, there is an argument for using separate trusts. You can create a trust for your own benefit that is somewhat protected from creditors, but to the extent funds can be distributed to you, they are also available to your creditors. That is not the case with a trust created for your benefit by someone else. Such a trust can be protected entirely from creditors. A joint trust is complicated because it’s not clear to what extent it is self-created and to what extent it has been created by the other spouse. That question can be eliminated by using separate trusts. At least the funds in the trust created by the first spouse to die will be protected from the creditors of the surviving spouse. She will also have free rein over the funds in her own trust, which might make her feel more comfortable.

On the other hand (again), you’re not really talking about creditor protection, but predator protection. In that case, I think a joint trust with your daughters acting as trustees or co-trustees with the surviving spouse would be fine. The trust would just have to become irrevocable after the first spouse passes away and the surviving spouse should not have the power to fire your daughters as trustees. The question is whether you and your wife are comfortable giving up control to that extent.

Finally, with respect to family protection trusts for your daughters, there’s always a trade off between control and protection.  Appointing independent trustees would provide the most protection and least control for your daughters. Appointing each as trustee of her own trust provides the least protection, but the most control. Appointing each as trustee for her sister’s trust, could be a good middle ground, but it could also create family difficulties. What happens when one sister wants to buy that Mercedes or vacation house, whether or not under pressure from her husband, and the other sister-trustee says “no?” In addition, it means each has much less privacy about her affairs. I’m not sure it’s worth the risk.

How about naming both daughters as co-trustees on both trusts, permit each daughter to remove her sister as trustee, but require in that case that she appoint an independent trustee? That way, there’s some oversight, but no requirement that the sisters remain as trustees on each other’s trust. In any case, I would discuss the options with them.

Protecting Your Retirement from Creditors and Divorce