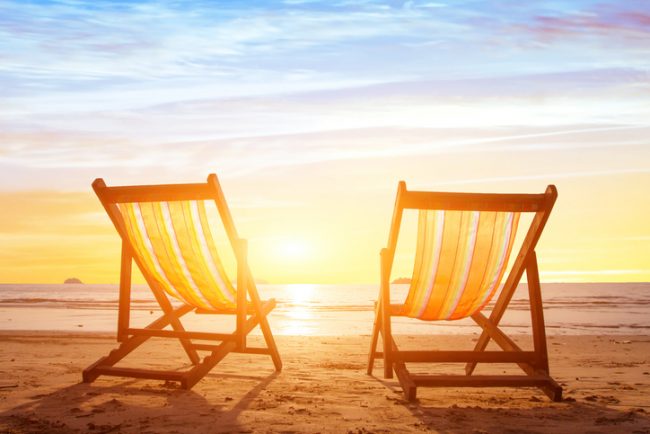 There are a lot of reasons you may want some or all of your retirement plan assets to go into trust for the benefit of your heirs, including:

For a beneficiary of an IRA or 401(k) plan to receive the benefits of an inherited IRA or a spousal IRA that permit them to spread withdrawals out through the rest of her life, she must be a “designated” beneficiary. Until passage of the SECURE Act, this is not at all difficult when individuals are named; they were automatically designated beneficiaries.

The SECURE Act changed the rules for anyone dying on or after January 1, 2020. It requires that the entire retirement plan or IRA be withdrawn by the end of the 10th year after the owner’s death unless it is passing to an eligible designated beneficiary. Only the following beneficiaries receive this designation:

A charity can never be a designated beneficiary and must withdraw all funds within five years of the donor’s death, but this is not a problem since the charity will not be taxed on these withdrawals.

Matters get more complicated, however, when a trust is involved. In order to qualify as a designated beneficiary, the trust must meet the following requirements:

These requirements do not seem so hard to satisfy. But keep reading – determining the ultimate beneficiaries of the trust can be difficult.

Conduit or “See Through” Trust

The easiest way to make sure that a trust works is to require that all RMDs be distributed out from the trust each year to a named beneficiary or several named beneficiaries.  If the trust provides that all of the income must be paid to a single person, such as a surviving spouse, the annual RMDs will be based on her life expectancy. If it provides that the income must be distributed to a number of different beneficiaries, then the RMDs will be based on the age of the oldest beneficiary. But don’t include a charity as an income beneficiary, since a charity is not a designated beneficiary and that will disqualify the trust entirely.

So, with the one caveat of not naming a charity, this works well as long as the trust provides that all the RMD income be distributed each year to known beneficiaries. The IRS does not look past the current income beneficiaries in determining whether everyone qualifies as a designated beneficiary.

If your plan includes an existing conduit trust for someone other than your spouse, you need to reconsider it due to passage of the SECURE Act. You may have felt comfortable with a trust providing that all the RMDs be taken and distributed right out prior to 2020, when they would be relatively small. But now that the funds must be liquidated within 10 years of your death, you may no longer want those funds to be distributed and the trust potentially terminated that quickly.

And what if you don’t want all of the income to be distributed at all? For instance, for estate tax reasons, you would like the trust to grow in value. You may not want one or more beneficiaries to have control over the funds because you don’t think they will spend them wisely. Or, in the case of someone receiving public benefits, the distributions would make him ineligible with potentially drastic consequences. You may be concerned about creditor protection. For all of these reasons you may opt for an accumulation trust rather than a conduit trust.

An accumulation trust does not require the annual distribution of RMDs, instead giving the trustee discretion over whether, when and how much to distribute to beneficiaries. With such trusts, in determining whether all beneficiaries qualify as designated and as eligible under the SECURE Act – whether they are identifiable individuals – and who is the oldest for purposes of the RMDs, the IRS will look to those beneficiaries named to receive the ultimate trust distribution. So, if your trust says it will continue for the life of your spouse and that the remainder will go to your children, the IRS will look to make sure that each child is identifiable. Presumably, your spouse (except in some second marriages) will be older than your children and RMDs will be based on her life expectancy. If the trust says that it will continue until all of your children have passed away and that then, everything will be distributed to your grandchildren. This is okay so long as at least one grandchild is living at your death. In this instance, the oldest grandchild will be identifiable, so it works.

However, if all of the potential beneficiaries cannot be identified upon your death, or a charity is a potential beneficiary, that could disqualify the trust, requiring all retirement plans to be liquidated within five years of death. In short, it’s much easier to use a conduit trust, but you may need to use an accumulation trust in situations where you do not want the mandatory minimum distributions distributed outright to the beneficiary. This can be the case under the following circumstances:

While accumulation trusts continue to preserve retirement assets under the SECURE Act, they can also create higher taxes in two ways. First, when RMDs are withdrawn and distributed right out to the designated beneficiary, they are taxed to that beneficiary at their income tax rate. Individual tax rates are usually lower than trust tax rates. But if the IRA must be liquidated within 10 years, the trustee will be less likely to distribute it completely, and more of the distributions will be taxed at trust rates. In addition, the accelerated withdrawals will result in the realization of higher annual income, pushing the trust into higher tax brackets.

Given the complications of the SECURE Act, of accumulation trusts and the potential that they could be disqualified by mistake, we often try to avoid their use. For instance, if parents have one child with special needs and two who do not need the same protection, we may discuss having the retirement plans go to the two who do not need a trust with non-retirement funds going into the special needs trust. Of course, this can make it more difficult to make everyone’s share of the estate equal, especially if the retirement plans constitute a large portion of the parents’ estate. In such cases, we will draft special needs trusts designed as accumulation trusts. (Then, we often have the problem of explaining the somewhat arcane provisions in the trusts as well as our higher fees for creating such a complicated plan, but we do the best we can.)

A case in our office illustrates this point. Our clients have two daughters—one quite high functioning and one facing a number of mental health and emotional difficulties. The first daughter does not need their money and the second one does, but can’t manage it herself. In addition, she may ultimately depend on public benefits that could be jeopardized if she were to receive RMDs directly. To further complicate matters, neither daughter has nor is likely to have children, so identifiable beneficiaries of an accumulation trust cannot be named. As a result, the parents (with our advice) decided to create a single trust for the two daughters and to not worry about stretching the RMDs. This will mean that all of their retirement funds will have to be withdrawn and taxes paid on them within five years of the death of the surviving parent. But we hope that that will be many years in the future and by then the bulk of the retirement funds will have been spent down for their main purpose—the parents’ retirement.

The Basic Rules of Retirement Plans

Protecting Your Retirement from Creditors and Divorce

How are Trusts Taxed?

Should IRA be Payable to Trust if Beneficiaries are Minors?