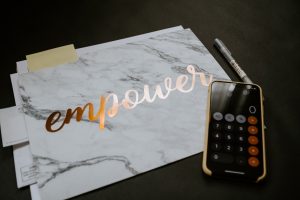 Photo by Kelly Sikkema on Unsplash

If you inherit an IRA or other retirement plan (401(k) or 403(b)), the rules on when you have to take your required minimum distributions can be complicated unless you are the spouse of the individual who passed away. In addition, the rules changed considerably with passage of the SECURE Act at the end of 2019, so they are different depending on whether the original owner died before or after January 1, 2020.

Prior to passage of the SECURE Act, most planning around IRAs was aimed at “stretching” the withdrawals as long as possible since withdrawals are taxable. The longer you can delay the withdrawals, the longer they can stay invested tax free. But now, for IRAs inherited after December 31, 2019, most beneficiaries must withdraw the funds within 10 years, limiting the “stretch.”

Here’s how it works:

If the decedent did not name a beneficiary, and you receive the funds through his estate, you must withdraw them by December 31st of the fifth year after his death. If, for instance, he were to pass away anytime during 2020, his heirs would have to complete the retirement plan withdrawals by December 31, 2025. They would lose the opportunity to defer the withdrawals throughout their lifetimes, simply taking the minimum distributions each year. And depending on the size of the retirement plan, if they waited to take the withdrawals until the fifth year, the lump sum withdrawal might push them into a higher tax bracket. This rule was not affected by the SECURE Act.

Other problems can arise when there’s no designated beneficiary. The retirement plan may be the only asset that requires that your estate be probated, creating an expense and hassle for your heirs. Financial institutions also can present roadblocks when there’s no designated beneficiary. For instance, they may make it complicated to set up separate accounts for each of your heirs. This means that your different heirs would not be able to determine the withdrawal rates separately from one another and your estate may have to remain open for five years, adding to the costs of administration and the workload for your personal representative. For all of these reasons, all financial advisors and estate planners strongly recommend to their clients that they designate beneficiaries to all of their retirement plans. If you have any question about whether you have done so, check now.

Prior to the end of 2019, designated beneficiaries who were not surviving spouses of the decedent had the option of converting their share of the retirement plan to an inherited IRA. Unlike their own retirement plan, with an inherited IRA, the beneficiary had to begin withdrawals by December 31st of the year after the year in which the original owner passed away. For instance, if the original owner passed away in 2019, you would have to begin withdrawals by December 31, 2020. You would take minimum distributions based on your own individual life expectancy using the IRS table found here. This explains why the table begins before age 70 ½, the earliest age by when you must take a minimum distribution from your own retirement plans (now 72 for those born after June 30, 1949). So, for instance, if a 30-year-old, who we’ll call Beth, inherited a $350,000 retirement plan, she would only have been required to withdraw $6,567 in the first year ($350,000 ÷ 53.3 = $6,567). However, she can withdraw as much as she wants even before age 59 ½ without paying a penalty—just paying income taxes. Beth can and should name beneficiaries to her inherited IRA, but if she passes away before withdrawing everything, they can’t then stretch the IRA even longer, but instead must continue making withdrawals based on Beth’s hypothetical age if she were still alive. So, if Beth passes away at 55 and Ben, who then is 30 years old, inherits the IRA, Ben will have to withdraw 1/29.6 of the IRA before the end of the following year rather than 1/53.3 of it as Beth did when she originally inherited the account.

In short, inherited IRAs still allow significant deferral of taxes but not as much as your own retirement plan.

If you inherit a retirement plan from your spouse, you may convert it into your own IRA and it will be treated as if you had funded the account yourself. So you would then use your own life expectancy in determining minimum withdrawals. If your spouse was over 70 ½ and had already begun taking required minimum distributions, but you’re under 70 ½ (or 72), you can stop taking distributions until you reach the required age. Don’t forget to name beneficiaries to your new IRA. Except for the new required beginning age, the SECURE Act made no change for spouses.

Advisors and charities often recommend that donors gift retirement plan assets, whether during life or at death, because charities have tax exempt status and as a result can get full value for a retirement plan gift. (This is also an argument for giving highly-appreciated stock or real estate to non-profits.) An example can help explain how this might work:

John has a $1 million estate consisting of a house worth $500,000, investments and savings of $300,000 and an IRA worth $200,000. He wants to divide his estate equally among his four children and a local college where he will fund an annual scholarship in his wife’s memory. If each asset is divided in fifths, each child will receive a $40,000 share of the IRA which will be subject to income tax when they liquidate it, whether immediately or over their lifetimes. If, instead, he gave the IRA to the college and divided the rest of his estate four ways among his children, they would have no tax costs in using their $200,000 inheritances and the college would still get its full $200,000. (Remember, John’s house and stock holdings will get a step-up in basis at his death, so there would be no capital gain upon their sale.

Of course, while the concept is straightforward, in practice, this can get complicated. The simplest way to have the IRA to go to charity would be for John to name the college as the beneficiary and to divide the rest of his estate among his four children. But what if the IRA and the other assets fluctuate in value so that ultimately the IRA makes up substantially more or less than one fifth of his estate – will John care? It’s more likely that the IRA will drop in value as John takes his minimum distributions than that it will increase, but there’s certainly no guarantee. It’s easier to provide for the IRA constituting less than a fifth of John’s estate; John’s will or trust could say that if necessary, the college would receive enough funds to make up the difference between the value of the IRA and a fifth of the estate. If, for instance, at John’s death his estate still totaled $1 million, but the IRA was only $150,000, his estate could give the college another $50,000 before dividing the remaining $800,000 among his four children. He might also have to give $200,000 in order to underwrite the scholarship in his wife’s memory.

But if the IRA made up $250,000 of his $1 million estate, it would be much more difficult to make the adjustment because it’s difficult to create complex beneficiary designations. The forms most financial institutions provide, whether paper forms or online, are rather limited and a complicated formula won’t fit their parameters. At least in theory, John could provide his own beneficiary designation that said that to the extent the IRA exceeds a fifth of his entire estate, the balance above one fifth would be distributed equally among his four children. But he may have a hard time getting any financial institution to accept this and he would probably be paying a lawyer for more time drafting the document and convincing the financial institution (or institutions if he has more than one account) to accept it. Better to worry just about the downside – if the IRA drops in value to the extent that he can no longer fund the scholarship. He can keep the IRA beneficiary designation simple, having it go entirely to the college, and simply have his will or trust make up the difference if necessary, whether a specific dollar amount or a percentage of his estate.

When You Want Retirement Plans to be Payable to Trusts

Should IRA be Payable to Trust if Beneficiaries are Minors?

When You Want Retirement Plans to be Payable to Trusts

What the SECURE Act is All About