My mom died and her house became mine through a transfer on death deed, which she had executed to avoid probate. Well, after she passed, I received a letter stating there was a Medicaid lien put on the house. People are telling me I should not be responsible because I was the sole care giver that took care of her until she died. Do I qualify for undue hardship or as a daughter living with my mom and taking care of her? 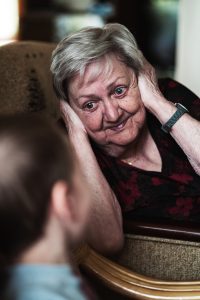 Photo by William Krause on Unsplash

Medicaid has two ways of recovering the money it has spent on a beneficiary’s medical care: a lien on the individual’s home or estate recovery. The first is an attachment on property and the second is a right against the decedent’s estate, typically her home. In your case, this pertains to the issue of the lien. Typically, the lien is only paid off when property is sold. In addition, at least some states have interpreted the lien law only to apply to sales during the beneficiary’s life, with the right to the lien disappearing at death. In Massachusetts, where I practice, we generally notify our state agency at a beneficiary’s death and ask to have the lien removed when there’s no probate. (This approach doesn’t work if the house passes through probate because of Medicaid’s estate recovery rights.)

States are required to permit those inheriting houses subject to estate recovery to apply for an undue hardship exemption. The rules are often very strict. And I’m not sure that they apply to a release of lien as opposed to estate recovery.

While you may well have qualified for the “caretaker child exception,” it probably won’t help you now. This is an exception to the usual Medicaid penalty for transferring assets. If you lived with your mother for at least two years before she entered a nursing home (it’s not clear in your case whether she actually entered a nursing home) and provided her care that delayed her nursing home entrance by at least two years, then you would have been eligible for an exception to the usual rule that a transfer of assets causes up to five years of ineligibility for Medicaid benefits. This is not an exemption from estate recovery or a Medicaid lien.

So, the best bet is to look into your state’s laws on whether a Medicaid lien survives death, whether it must be paid if the house is not sold, and whether you might be able to apply for an undue hardship exemption. Since all of these rules are very state specific, I recommend you consult with a local elder law attorney, who you can find at www.ElderLawAnswers.com.