Nursing Home Resident Can Keep Vacation Home, but It Will be Subject to Medicaid Estate Recovery

My mother is 88 years old and she is in rehab right now. I would like to get her on Medicaid when she eventually moves to long-term care. My question is, we own a cottage and the deed is in my mother’s, my sister’s, and my name. We only pay the property taxes on it. If it’s in all our names and she does go into a nursing home, will Medicaid be able to go after this property? 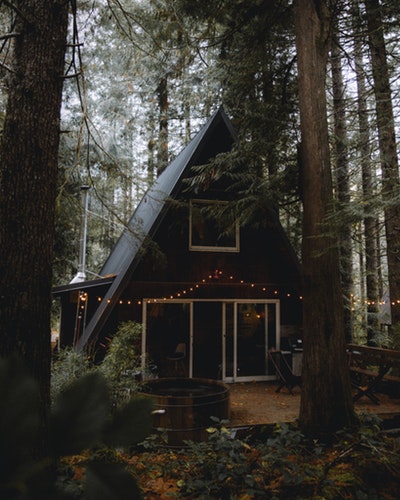 Photo by Kristin Ellis on Unsplash

There are really two issues here: First, can your mother qualify for Medicaid given that she owns an interest in the cottage, which I will assume is a vacation house? Second, assuming your mother qualifies for coverage, will the Medicaid program seek to recover its expenses from the house?

Assuming that the cottage is a vacation house and not your mother’s home, it’s a countable asset and would normally make your mother ineligible for benefits. It would have to be sold with your mother’s share of the proceeds having to spent down before Medicaid would cover your mother’s care. I say “before,” but that’s not exactly right because the Medicaid agency probably would give you time to sell the house and provide coverage while it’s on the market. All of that said, given that you and your sister are already part owners, you should be able to avoid this obligation to sell the cottage if you and your sister are opposed to the sale. While your mother could force a sale by bringing a “partition” action against you, the Medicaid agency is not likely to force her to do so. Instead, it will probably treat the property as “inaccessible” and not force its sale.

However, in that case, the Medicaid agency would put a lien on the property to recover its cost of paying for your mother’s care. If you sold the property during your mother’s life, you would have to pay off the lien at that time. If you kept the cottage during her life, then the result may depend on whether you own the property as “tenants-in-common” or as “joint tenants with right of survivorship.” In the first case, your mother’s share would be in her estate and you would have to conduct a probate, at which time Medicaid would make its case for reimbursement, often referred to as “estate recovery.” In the latter case, at your mother’s death, her share would pass to your sister and you and would not pass through probate, thus possible avoiding Medicaid’s claim. If you own the property as tenants-in-common, I would recommend changing it into joint names.

Finally, the application of these rules can vary from state to state and, of course, I’m assuming that the cottage is a vacation house. I strongly recommend that you consult with a local elder law attorney to make sure that this, as well as everything else, is in order. One good place to find an elder law attorney is at www.elderlawanswers.com.

Will Transfer of Home and Rental Property Work Under Medicaid Rules?

What to Do When Unsavory Pair Move in on Stepmom’s Cottage?

What are the Tax Consequences of Selling Interest in Vacation House to Sister?