What does “Contest” Mean in a No-Contest Clause? 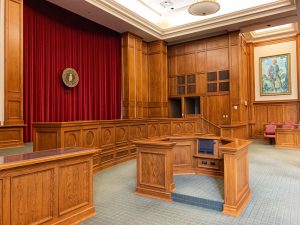 Photo by David Veksler on Unsplash

In trust documents, my cousin, the settlor, specifically has a clause that states I can eliminate any beneficiary that contests. I did remove one beneficiary. He is now suing me, saying that I had no authority. Do I or do I not have the right to remove him? My cousin was very adamant on this in the trust.

Trusts and wills sometimes contain no-contest or  “in terrorem” clauses that say beneficiaries will lose their interest if they contest the document. Attorneys often include these provisions when clients are really set on excluding someone from their estate plans. In these kinds of cases, we advise them to give that person something so they have something to lose if they raise a challenge.

What triggers the loss of the benefit under the will or trust depends on the wording of the provision itself. But generally “contest” means a challenge in court. So, in your situation, if the beneficiary had not already brought action in court, you might not have had the right to cut him out as a beneficiary. If that’s the case, his bringing an action now also would not trigger the no-contest clause because it would be unfair to prevent him from protecting his rights under the trust. In other words, he would not be contesting the trust itself, but your actions as trustee.

You’ll have to take the trust to a lawyer who can look at its exact language and compare it to your state’s law on no-contest and in terrorem clauses.