What Legal Rights Does “Widowed” Partner have in Absence of Marriage?

By Harry Margolis
Posted August 5, 2022
In Non-Traditional Families, Probate
What Legal Rights Does “Widowed” Partner have in Absence of Marriage?2022-08-052022-08-05https://askharry.info/wp-content/uploads/2017/03/logo-harry-tagline.svgAsk Harryhttps://askharry.info/wp-content/uploads/2022/08/vardan-papikyan-jze1dheaaew-unsplash-scaled.jpg200px200px
0 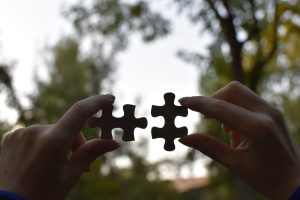 Photo by Vardan Papikyan on Unsplash

The love of my life died from Covid in mid-January. We were together for 15 years but for religious reasons we never “married.” He was just 38 years old.

We were always both on the lease, had shared bank accounts, shared registration of cars and I was the beneficiary on his Fidelity account. However, we had other investments, including a Robinhood account a pre-Ipo stock holder position on which I was not named as beneficiary. In addition, I was not named on his pension.

Now, I have appear to have no rights. His sister even asked post office to change the mail to show that was going to my mailbox, even regarding accounts on which I’m the beneficiary. She’s also going through my partners emails and online accounts that we shared.

I understand that Massachusetts doesn’t have  common-law marriage, but I’m feeling violated. My partner’s family didn’t even let me go to his funeral. What can I do?

What you’re going through sounds terrible on so many levels. Unfortunately, the law is no help. Unless you’re married or your partner engaged in estate planning — will or trust — you have no legal rights. You only have the right to the accounts you owned jointly or on which you were named beneficiary.

That said, you might have a plausible claim against your partner’s estate if he promised to take care of you in any way. A written agreement would definitely be enforceable. An oral one might be as well if you were induced to do anything in exchange for a promise, for instance to stay with your partner, transfer funds to him, or name him as beneficiary on any of your accounts. You would have to have a pretty strong claim and substantial funds involved to induce an attorney to take such a case on a contingency basis.

I’m sorry my comments are not more hopeful, but perhaps your situation will act as an object lesson that will induce others, even those in their thirties, to do estate planning. Marriage confers certain legal rights. Without them, couples need to create the legal structure themselves, which they can do through estate planning: wills, trusts, durable powers of attorney and health care proxies. Before the Obergefell v. Hodges Supreme Court decision that ruled that gay marriage was a constitutional right, many gay couples faced what you’re facing. They couldn’t get married due to laws barring gay marriage rather than religious reasons, and were often cut out by families when their partners became ill or passed away. They also had to set up legal structures to take the place of protections provided automatically to married couples.