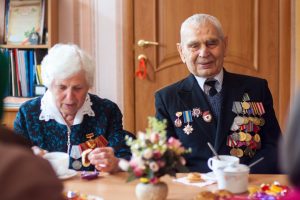 Photo by John-Mark Smith on Unsplash

The Veterans Administration (VA) may help cover long-term care costs either by providing care in its own facilities or, more often, paying an enhanced pension. In my area, the VA runs an Alzheimer’s care facility that is free to qualifying veterans, but there is only one in the region with a limited number of beds. In addition, while formerly highly-regarded, its quality appears to have declined in recent years. It’s not clear to me how some clients have been able to get placement in the facility and others have not.

To be eligible, the veteran must have served during wartime, which includes World War II, the Korean War, the Vietnam War, both Iraq wars, and the war in Afghanistan. Their assets other than their home may not exceed $50,000, though this is not a hard and fast number and can be somewhat higher according to an arcane formula. For a married veteran, this limit, as well as the income limits discussed below, applies to both spouses’ assets. As of this writing, the VA does not penalize transfers of assets, so veterans and their spouses can transfer assets to third parties to get below the $50,000 threshold. (However, they need to be aware that doing so could make them ineligible for Medicaid benefits for up to five years.)

As more and more veterans have become aware of this benefit, the application process has taken longer and longer with applicants waiting up to a year to get a response. However, once their applications are approved, they receive retroactive payments back to the date of application. The other effect of the increased level of applications is that the VA has proposed regulations to limit transfers of assets to become eligible and clarify its treatment of property in trust. As of this writing, we are waiting for the other foot to drop on transfers and trusts.

Here’s how a typical senior couple might plan ahead to become eligible for benefits when the time comes. Meet John and Joyce Jorgenson:

Ten years have passed since John and Joyce Jorgenson created their estate plan. They are now both 70 years old, retired, and, unfortunately, John has been diagnosed with Alzheimer’s disease. John is a veteran.

Their financial picture now is as follows:

While John is okay on his own for now, Joyce knows the writing is on the wall and that eventually, she will have to begin hiring help or move to an assisted living facility. She is heartened to learn that the VA might help pay for John’s care, but not until they have spent down most of their assets and John’s care expenses begin to exceed about $3,000 a month. To prepare ahead of time, she takes two steps. First, she transfers her savings to her children, who set it aside in a trust to be available for their parents when and if necessary. Second, she begins drawing down on her and John’s IRAs. Doing so creates taxable income, but she’d rather stretch this out over several years than do it all at once, which would push her and John into a higher tax bracket.

Strategies for a Full Life with Dementia

The Facts on Alzheimer’s Disease and Other Forms of Dementia