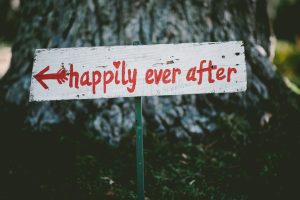 Photo by Ben Rosett on Unsplash

Put it in Writing

We would advise never getting married for a second time, or even moving in with someone, without a written agreement about what you intend in terms of financial support for one another and what will happen if you were to break up or one of you were to fall ill or pass away. There are several reasons to put your intentions down in writing, including:

Anything you write down can be changed later if the circumstances change. A 10-year relationship is very different from a one-year one.

We would always advise consulting legal counsel prior to a second marriage to prepare a prenuptial or antenuptial (the same thing) agreement.  It will make sure that both of you are on the same page and you and your families are protected. Most legal and financial rights can be waived in a prenuptial agreement, but the agreement can be challenged if the prospective spouses did not provide each other with full financial disclosure.  Through careful planning, you can protect your own interests as well as those of your partner and your respective children, regardless of whether you ultimately decide to tie the knot.

Here’s how this all could work:

After 30 rocky years of marriage, the Jorgensons decide that it’s time to go their separate ways. Of course, two separately can’t live as cheaply as two together. After they split their assets more or less equally, they are as follows:

John agrees to pay Joyce alimony of $1,000 a month for 10 years. Both John and Joyce expect to keep working for at least another 10 years, until they’re both 70 and can get their full Social Security retirement benefits.

Not too long after the divorce is finalized, both John and Joyce meet new partners and eventually move in with them. John’s new partner, Martha, has three children of her own and has financial resources more or less equivalent to John’s. Joyce’s new partner, George, has no children and far greater resources than Joyce (children are expensive). But he is close to various nieces and nephews.

John and Martha decide not to get married and to keep their finances separate, sharing a single checking account to cover living and housing expenses. They move into a new, larger condominium that is in joint names, which means that it will pass to the survivor of the two of them. So they also update their wills to direct that when the second passes away, the condo will be sold and the proceeds split among all six of their children. Their lawyer advises them that this is risky since the surviving partner could always change his or her will or sell the condo and commingle the proceeds with his or her other funds so that they pass exclusively to his or her children. He recommends that instead, they put the condominium into a trust that would make sure that the proceeds ultimately will be split six ways. John and Martha, however, reject this option, being put off by the complexity of the trust and the higher legal fees involved with a trust. They trust one another and decide to take their chances.

Joyce and George, on the other hand, do get married. But they enter into a prenuptial agreement that provides that in the event of divorce, they will each leave with what they brought into the marriage and they keep their finances separate. Joyce’s estate plan continues to give her assets to her children. George’s leaves his assets in trust for Joyce for her life with the remainder at her death split between her children and his nieces and nephews. They both purchase long-term care insurance.