What Dates Matter for the Medicaid Transfer Penalty? 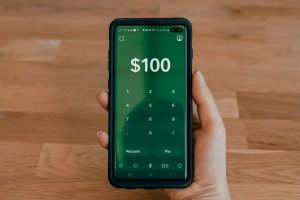 Photo by Tech Daily on Unsplash

Can you clarify some benchmark dates for making a long-term care Medicaid application? Does the five-year look-back period start (or end) on the same date as the date of the mailed-in Medicaid application that shows resources less than $2,000? On what date of the month do Medicaid reviewers look at bank records to determine if the application shows assets/resources less than $2,000 to avoid rejection of the application? Page 124 of Get Your Ducks in a Row recommends not applying for Medicaid during the five-year look period to avoid a penalty longer than five years, but how does an applicant know if there is a prospect of a penalty before actually applying and getting a reaction from Medicaid staff? You seem to suggest that the date of the application should be after the end date of the look-back period. Can you sketch out a hypothetical chronology that should work with Medicaid reviewers.

As you know, Medicaid, the state-federal safety net health care program, covers care in most nursing homes. To qualify, in most states you must spend down your countable assets to $2,000 (and if you’re married, your spouse must spend down their countable assets to $137,400 (in 2022)). Congress doesn’t want people to give away their assets on one day and the next claim poverty and eligibility for benefits, so (with some exceptions) it imposes a penalty for such transfers. The penalty involves a period of ineligibility for benefits. It’s quite complicated and involves at least two different dates: the date of the transfer and the date of the application.

How the Medicaid Transfer Penalty Works

However, there’s another major rule that has to do with the so-called “look-back” period. Medicaid will only look at transfers that occurred within the five years prior to the application for benefits. So, if you were to wait until July 2, 2025, to apply for benefits, then you wouldn’t have to report the transfer and you could be eligible as of that date, more than three years earlier than would be the case if you applied two days earlier, on June 30, 2025. In terms of the application date, it will be the date that the Medicaid agency receives the application. But there’s no reason to cut things too close. Wait until five years have passed since the transfer to mail in the application.

Testing Whether a Medicaid Transfer Qualifies for an Exception

You raise two other questions. First, what date does the Medicaid agency look at as the transfer date. In our example we discussed the transfer of a home. But if instead you were to write a check, the relevant date would be the date that the check cleared the bank and the funds left your account.

Your other question is more difficult. Let’s say you had transferred your home and weren’t sure whether it qualified for an exception to the transfer penalty. One of the exceptions is a transfer to a so-called “caretaker” child which is defined as one who lived in the house for at least two years before the transfer and provided sufficient care to delay your move to a nursing home for at least two years. What if your child provided you with care, but you’re not sure they met one or both requirements — living with you or providing you with necessary care for two years. If your child did qualify, you could be eligible as of July 1, 2024, when you have spent down your assets. But if you apply then and the transfer doesn’t qualify for the exception, the penalty period would be extended to August 31, 2028.

That’s an unfortunate risk you and your child might have to take. It’s unlikely that the Medicaid agency would advise you in advance of application as to whether the transfer would qualify for the caretaker child exception. A local elder law attorney could give you a pretty good idea of your chances based on the circumstances and their experience with the Medicaid agency.

Does a New Medicaid Look-back Period Begin Every Time Transfers are Made to Trust?