Can Investment Account be Protected by Adding Co-Owner? Massachusetts

I have a non-retirement account at Fidelity with my name on it and the beneficiary is the Robinson Crusoe family trust. Can I put my companion, Friday, on the account as well and then his portion (1/3) would be free from the state taking a portion if I had to go in a nursing home? I did an irrevocable trust four years ago for my condo but still have my Fidelity account in my name. 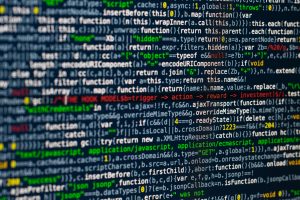 Photo by Markus Spiske on Unsplash

Yes, but it’s a little complicated. In Massachusetts, where I practice, there’s a presumption that an investment account with two owners is owned half by each, so placing Friday’s name on the account would, for Medicaid purposes, be a transfer of half the account to him.  That half of the account would no longer be considered to be owned by you and would not be considered your countable asset in terms of determining your eligibility for benefits. Other states may have other deeming rules.

In Massachusetts, this would mean that doing so would cause you to be ineligible for Medicaid coverage of nursing home care for the following five years. It would be important to document your gift, either by filing a gift tax return or perhaps writing a letter to your children explaining the gift. (For reasons I’ve never understood, the Massachusetts presumption with respect to co-owned bank accounts is exactly the opposite—that they are owned entirely by the applicant for benefits absent proof to the contrary.)

While your strategy should work to protect half the account for Medicaid purposes (at least in Massachusetts), it could create some other complications. First, upon your death, the account would pass to Friday, rather than to your trust. If he left the account as-is, it would pass to the trust at his death. Or he could simply transfer the account to the trust at your death, but it wouldn’t happen automatically—the choice would be entirely up to Friday. Second, it could complicate the capital gains picture upon your death. At that point, half of the account holdings—those attributable to your share of the account—would receive a new basis for tax purposes of their value upon your date of death. The other half—attributable to Friday’s share—would keep the basis equal to their purchase price. This could well mean a higher tax when and if your children sold the investments. It would also complicate the bookkeeping for them.

In short, whether taking this step would help protect the account depends on a number of factors, including your state’s deeming rules, the amount of appreciation of the assets held in the account, and your confidence in Friday sharing the account with your children. Depending on the size of the account, it might make the most sense to assume that it will be available for your living and care needs as they arise, knowing that your condominium is protected for your children.

Are Gold and Silver Coins Considered to be Countable Assets?

Spending Down for Medicaid Eligibility